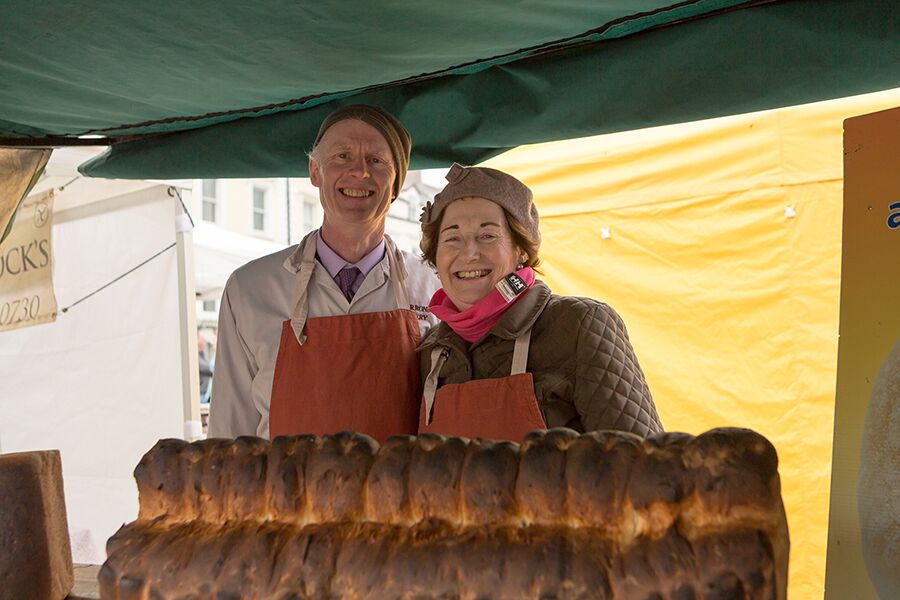 130 years since its establishment and Barron’s Bakery in Cappoquin, Co. Waterford has continued its evolution resolutely under the helm of third generation baker, Esther Barron and her husband Joe Prendergast.

The bakery has been at the heart of Cappoquin since the 1800’s and in 1980 Esther inherited the family business when it was left to her by her father Joe Barron.

As a student during her professional training, Esther worked in a coffee shop in Killarney and later as a manager in a bustling café in Cork city. It was during this time, Esther realised that a coffee shop combined with the family bakery would enhance the offering and offer something unprecedented to the town of Cappoquin. In 1983, Esther opened the town’s first coffee shop and further developed the confectionery side of the business.

Esther’s vision for the bakery and coffee shop was to create a warm and inviting setting where quality, tasty and nutritious bread was served with a bowl of home-made soup, the perfect accompaniment to Barrons Bread.

“Nothing satisfies like a bowl of fresh warming homemade soup served with crusty well baked bread or a real sandwich with a tasty filling on good bread.”

The combined offerings proved a huge hit with not just with the local community, but with visitors from near and far. Today the refurbished coffee shop seats fifty and the bakery produces a wide range of bread products, all baked fresh on a daily basis in the original Scotch brick ovens – the oldest such working ovens in Ireland.

From cobs, seed loaves, turnover, soda breads, bracks, spelt and sourdough loaves and Waterford’s very own PGI bread product, the blaa, the range from the bakery is as extensive as ever.

Esther is an advocate of healthy eating, with the goal of Barron’s Bakery being to continue to produce healthy, nutritious and natural bread. Only the finest flour and yeast are used, with no additives or preservatives. It is the same principle that Esther applies to the coffee shop, as fresh, locally sourced and in season ingredients are the mainstay of the coffee shops menu options, made fresh from scratch every day.

Mass produced additive laden breads were for too long a threat to small bakeries. In recognising this Esther was determined to continue the tradition of giving Barron’s customers a fresh, natural alternative. This combined with the public’s renewed interest in good fresh food and the willingness to support local artisan producers has ensured Barron’s continues to go from strength to strength.

Guided by the enthusiastic leadership and foresight of Esther and Joe, Barron’s Bakery has flourished and is hugely interweaved into Cappoquin’s and Co. Waterford’s community fabric.

The support of local customers, retailers and food writers has assured the future of the business will continue to flourish.