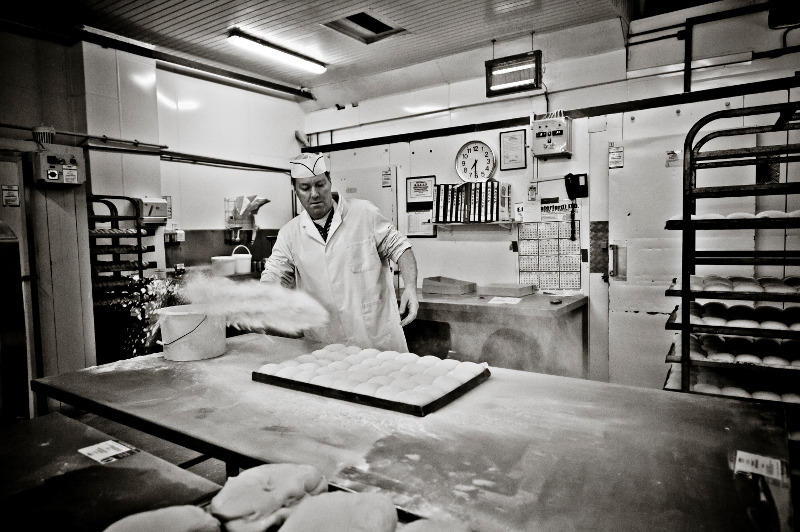 Walsh’s Bakehouse is a third-generation bakery, making the Waterford Blaa since 1921. But the Blaa dates back to the 1700s, when the French Huguenot’s came to Waterford.

One of the enterprising Huguenots set up a bakery in Waterford city in 1702. It’s thought the round bread rolls, now familiar as Blaas, were first made from leftover pieces of bread dough.

Walsh’s Bakery was started by Patrick Walsh in Kilmacow in 1921. Grandfather of the current owners Michael and Dermot, Patrick was a decorated WW1 veteran, who started his business with a grant from the British Government. Patrick’s son Ritchie then had his bakery in Ballybricken, the heart and soul of Waterford commercial life, for so many years.

Brothers Michael and Dermot then took on the business after they finished learning the trade in Cathal Brugha Street.

Today more than 12,000 blaas are sold in Waterford alone on a daily basis and the blaa proudly achieved European PGI status in 2013. They are enjoyed all over Ireland, UK, France, Germany and Dubai!